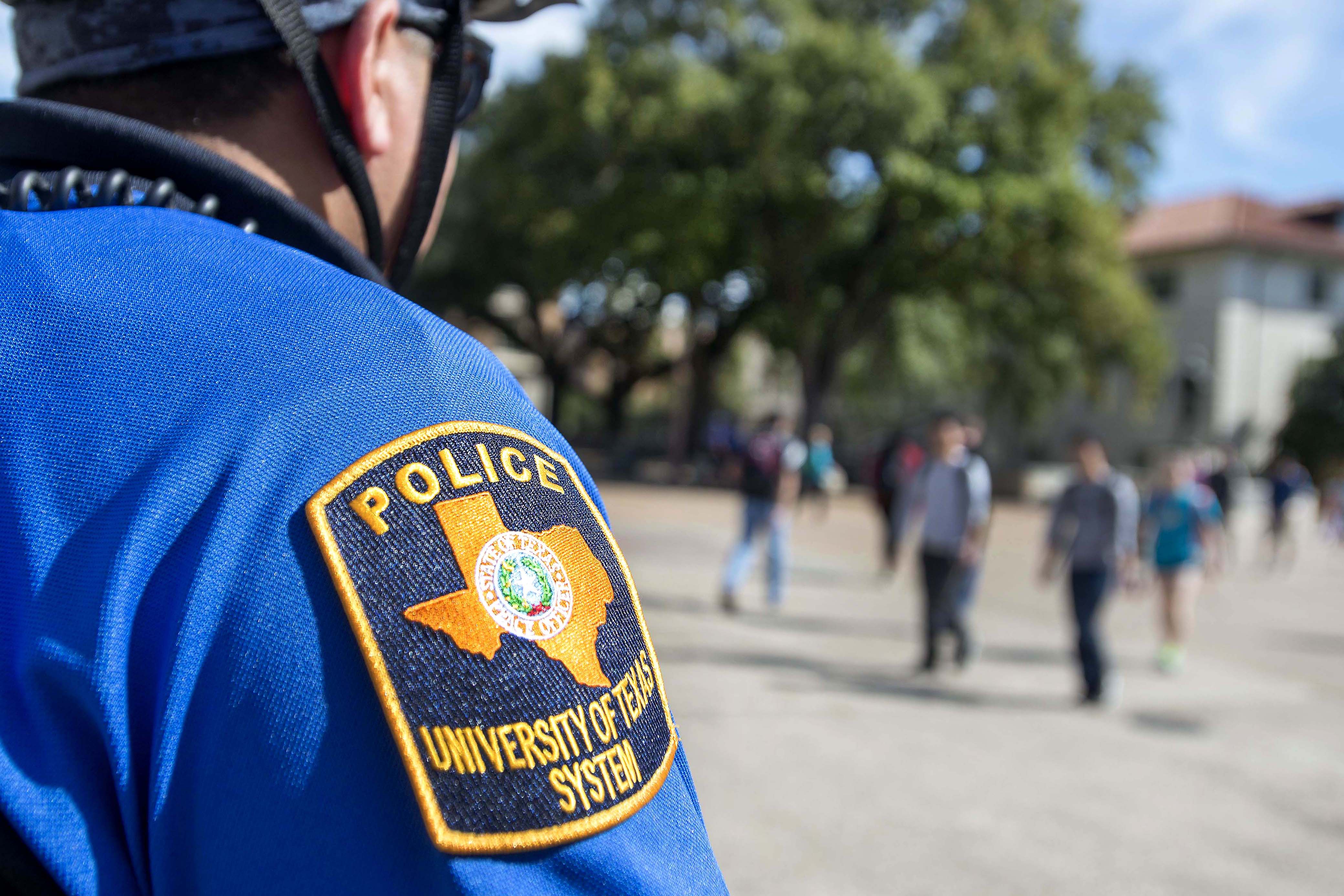 The Police Oversight Committee serves as the principal institutional channel of communication between members of the university community and the University of Texas Police Department (UTPD). The focus of the committee's work varies from year to year as different issues arise, but  the consistent  task is to ensure that the policies, practices, and operations of the UTPD promote    the security and safety of the university community effectively, in ways that are respectful of our constitutional rights and  consistent  with the core values of the  university.

The committee looks into issues and concerns referred to it or which it identifies. Any member of the university community, acting personally or officially, may submit a matter for the committee's consideration. However, the committee is not intended to be a substitute for the established means for handling formal grievances or complaints. When appropriate, the committee is expected to refer concerns to the proper channels for fmmal consideration and action. The receptivity and effectiveness of those channels is within the committee's purview.

Membership on the committee shall be representative of the university community, and shall consist of:

Each spring, the president shall select a faculty member on the committee to serve as chair. The term for a chair is one year and begins on the first day of the academic year. A chair serves until a successor is appointed by the president.

The term of each appointment begins on the first day of the academic year for which an appointment is made and continues until a successor for that seat is appointed.

The president's office shall provide administrative support to the committee.

Note: Historically, the committee has met three to four times over the academic year. However, the frequency is at the discretion of the committee. The committee may hold one public forum each year to solicit campus input.

Our mission is to support the General Faculty and its elected representative body, the Faculty Council, in their roles in the governance of the University.

© The University of Texas at Austin 2020